What is Colosseum Underground and Arena Floor Tour

Rome’s most iconic symbol and a must-see on every travel and ancient history enthusiast’s bucket list is the Colosseum.

History of the Colosseum

Originally named the Flavian Amphitheater(the nick-name Colosseum comes much later) was built on the whim of Emperor Vespasian between 70-80 AD. The Amphitheater was built as an ode to the Flavian dynasty and a gift to the Roman citizens after the infamous and cruel Emperor Nero killed himself, with a workforce consisting of tens of thousands of slaves. Titus, Vespasian’s son, gave the Colosseum its first 100 days of free entertainment, which included wild animals, executions, and gladiator fights.

In a symbolic gesture, Vespasian returned to the Roman people the land that had once been Nero’s “Golden House.” In addition to returning the land to the citizens, the nearby giant bronze statue of Nero was transformed into a sun god. The ‘colossal’ dimensions of the statue are believed to be the inspiration for the nickname Colosseum.

The Colosseum was a sight to behold. It was remarkable in Roman times since it stood alone, although most amphitheaters were sunk into hillsides to aid in the structure’s support.

The Colosseum’s front was three stories high, with open arcades at each entrance housing statues. Each level was built with distinct types of columns: Doric columns on the bottom floor, Ionic columns in the middle, and Corinthian columns on the top. The Colosseum was entered through 80 archways. The people utilized the majority of them, thanks to an ingenious ticketing system, while the Emperor used two of them and the Gladiators used the other two: The Gate of Life and the Gate of Death.

Animals were transported from all corners of the Roman Empire to be shown and slain at the theatre, demonstrating the extent and scope of the Roman provinces. Hyenas, hippos, lions, tigers, rhinos, antelopes, crocodiles, ostriches, bears, and zebras were among the wild and exotic species on display. However, the activities at the Colosseum were extremely severe; roughly 7.500-10.000 animals were murdered in a single day during specific games staged by the emperors.

The Colosseum underground was where the beasts and the Gladiators awaited to face their destiny on the arena floor above.

With the passage of time and changing preferences, the Colosseum fell out of favor, and the carnage and enormous gatherings were no longer popular. As a result, the Colosseum fell into disuse and deterioration. Natural calamities such as lightning and earthquakes wreaked havoc on the building.

Nearly two-thirds of the edifice has vanished, and its materials have been repurposed to build other churches and palaces throughout Rome including the St Peter’s Basilica. Despite its unfinished state, the Colosseum remains a testament to the Roman Empire’s richness and might, attracting millions of awe-struck tourists each year.

Book your Colosseum Underground Tour tickets in advance to reserve your spot and to learn more about the interesting, entertaining and morbid parts of ancient Roman history. You will make lifelong memories at the Colosseum arena floor tour and arena floor tour on this once-in-a-lifetime adventure. Don’t miss out on the chance to see, learn, discover and experience where it all began! 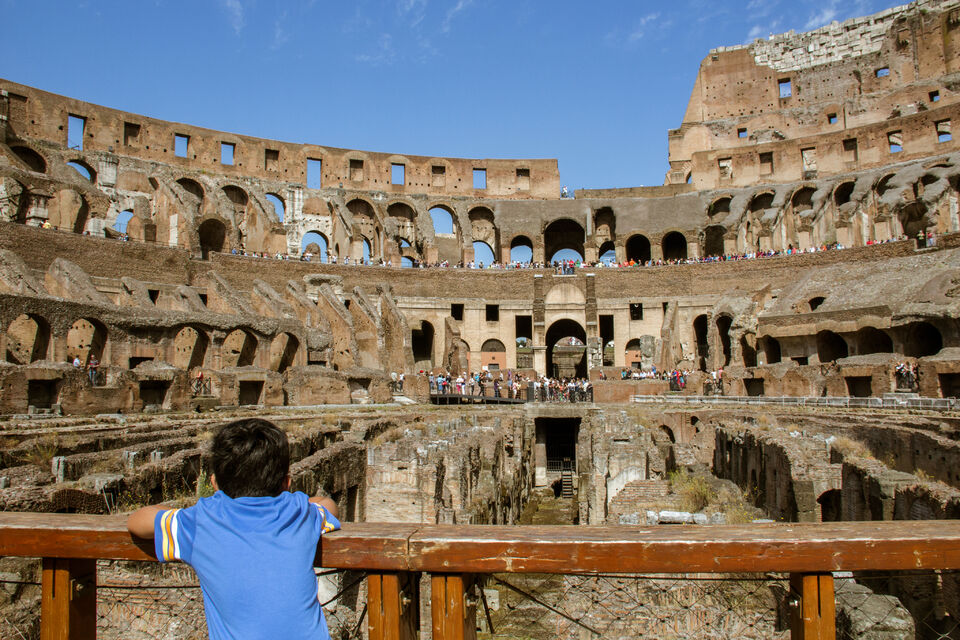